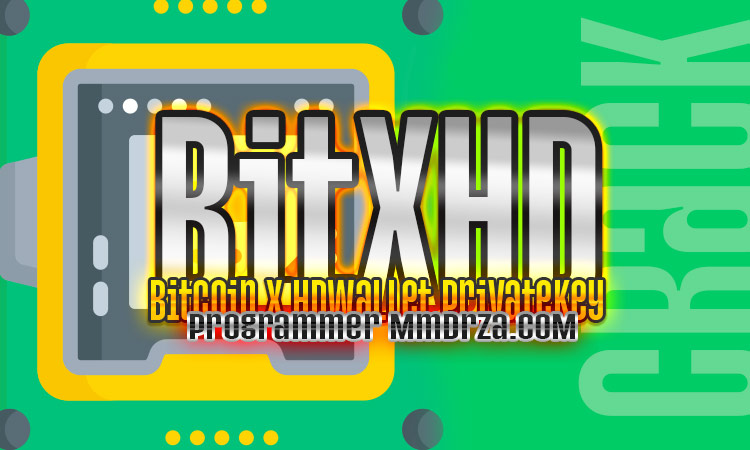 In this version, I have done my best and been able to generate all kinds of bitcoin addresses and search the database at the same time. You can now build and search with very high speed just by creating a database in text format and placing your bitcoin target addresses in each line. Bitcoin Private Key Wallet address checked fast and cracked with high speed on python .

The program generates six different types of bitcoin addresses obtained from each private key at a very high speed and searches the database you have given it, or the same text file, which will return a message to you if the result is available, and Saves the wallet information found in another text file called BTC_Winner_DETAIL.txt.

Most of the time, users would text me and say that we had left the program open on the control server and after a while we came back and did not know how many wallets he had found. So in this version bitcoin  x crack private key , I have added a new data in the print section:

on this script i Created With HD Wallet On Python Generated Bitcoin Address and Private Key Wallet after Checking Data File (rich address wallet btc) , and use this package and import :

first needed on this script data file , on input from user . with this code :

and with this code open data file and saved RAM user :

On this script needed hexer . can use here : hexer.py